There has been a good deal of rhetoric, and quite a few studies, about why people fight in wars.  I think there are actually two questions to answer here.  The first is, "Why does anyone volunteer to fight in a war?"  The second is, "Why do troops fight in battle?"  I think the answers are very different.

People volunteer to fight for their country because of patriotism, a search for adventure, and sometimes, even just because it's a way to survive financially or support a family.  In the moment of battle, though, troops fight because of training and love for their fellow troops.  "You don't fight for your country, you fight for your buddy next to you."

I think this picture from Friday illustrates this vital sense of team spirit and cooperation...which sounds very PC, doesn't it?  But when the chips are down, you fight and bleed for your brothers and sisters in green.  It's that simple. 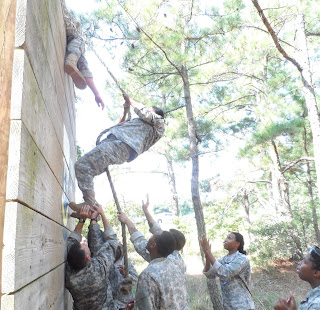 We all have rituals we do before certain things.  Some of these rituals are a way of psyching ourselves up for whatever challenge we're about to go through, and some actions are just things we check off a "pre-flight" list we have based on past experiences.  Ensuring I have all the needed toiletries before a couple of weeks of active duty is definitely one of the latter for me. 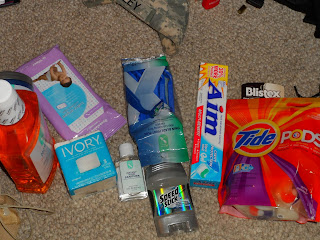