is an Xbox game that was released in November, 2001.  I saw the original HALO while I was on active duty at Fort Lewis, but wasn't interested at the time.  When an acquaintance of mine persuaded me to play in 2004, I gradually grew to enjoy, and finally, love the game.  Other HALO versions followed, with Halo 2

While game play is enjoyable (except that earlier game versions gave no navigational clues, and players could waste hours wandering before finding the next exit point or objective),  the biggest draw of the series has been multi-player games.  Players can play other players on the same system, can connect two systems, or, beginning with HALO 2, can play others online through the Xbox LIVE

does have a storyline to play through, but it seems shorter than previous games such as HALO 3 and Reach.  While graphics are very good, and sometimes excellent, HALO 4 has more of the feel of the "3 D" cartoons that have come out in recent years than HALO 3 and Reach.  The really big draw in 4 are the weapons for multiplayer use.

Most of the HALO traditional weapons such as the plasma pistol, needler, magnum, sniper rifle, and assault rifle are present.  The magnum isn't as powerful as it was in HALO CE or Reach, though it is faster now.  The assault rifle is more effective than in Reach, though it is still a short-range proposition.  HALO 4 has managed to have three different UNSC standard rifles.  The DMR is a semi-automatic scoped medium-range rifle.  It's a terrific intermediate weapon, and if you're quick and accurate, can even be used effectively at very close range.


The battle rifle is exactly as powerful as the DMR, but fires 3-shot bursts.  It is slightly less accurate than the DMR, and I find the faster rate of fire more useful against dodging enemy players.  It is a fine short to medium distance weapon.


In addition to the alien ("Covenant") weapons available in every HALO variant, there are "Forerunner" weapons that are similar to weapons in both UNSC and Covenant armories: the Suppressor is a short-range bullet hose, the Boltshot is very similar to the Covenant plasma pistol, the Light Rifle is an intermediate-range weapon with burst or single-shot abilities, the Scattershot is almost identical to the UNSC shotgun in performance and capacity, and the Binary Rifle is a long distance/anti-materiel rifle with effectiveness similar to the UNSC sniper rifle.  All of these are fairly standard.  The really fun weapons, though, are new.

The UNSC has the Railgun, a short-range thumper, the Sticky Detonator, and the SAW (one of my two favorite weapons).  The Railgun has a charge-up time like the Spartan Laser, which has returned again.  Along with the multitude of weapon options, the ability to choose different "load outs" has been brought over from Halo Reach.  Unlike Reach, which gives standard load outs to choose from, HALO 4 lets players build their own load outs.  Playing previous HALO versions online let players earn credits that were used for vanity cosmetic changes, like armor appearance.  HALO 4 does allow vanity changes, but the credits earned  from playing through various games are used for weapons and abilities.  If you have no credits, you're stuck with a basic load out, and until you earn some, will probably be pretty easy meat for players who have invested more time, and who have tailored their gear and abilities for their playing style.  Some online games also allow players to earn additional weapons and abilities in-game.  Here's a demonstration of the Railgun, Saw, and weapon drops.

There are other changes in HALO 4.  Sounds for most weapons are now extremely realistic, though I don't agree with some choices- the fuel rod cannon, a high-speed plasma launcher, sounds like a cannon when it fires, and some Covenent energy weapons sound like typewriters with 50 monkeys hitting keys at the same time (which logically makes no sense for something that shoots bolts of energy, right?).   Players can also be dropped into games that are already in progress, which  is definitely jarring to the inserted player, but this does help prevent players abandoning one side and leaving a large disparity of force.  When voting on which map to play with other players, a vote is final: your vote is locked once it's cast.  This prevents the annoyance of watching some player skip rapidly back and forth between maps until time runs out.  343 also seems to be rolling out additional scenarios to play on a weekly basis.

I like some things about HALO 4, while some changes I don't like as much.  There does appear to be less freedom given to players in some options, while there are definitely many more weapons, though many of them are very similar in function.  Any potential negatives could be forgiven, though, for a new weapon, which also is my favorite: the Incineration Cannon.

The first Thanksgiving I've had in years in my own place was pleasant, and surprisingly healthy.  Turkey breast, chipotle cornbread dressing, green bean casserole, and sweet potato casserole were enjoyed, with pumpkin rice pudding following later in the evening.  It was a good day.

Today the little guy and I planned a trip to the gun range.  We went to the WalMart in Landover Hills, MD, only to discover they had no targets, ammunition, scope bases, or even ear plugs!  We braved the Black Friday crowds for nothing.  When I tried to leave, I found the idiots at this (6210 Annapolis Road) WalMart had also closed off the end of the one-way lane, which led to shoppers laboriously threading their way through oncoming  traffic as they tried to leave the parking lot.

Fortunately, wee man and I stopped at the international foods market next door and picked up 5 kinds of hot sauce and Thai and habanero peppers.  After we made it home, we made hot sauce.  The first batch (lime juice, vinegar, Thai peppers, habanero, ginger garlic paste, and brown sugar) I let the little guy guinea pig.  I dipped a multigrain Tostito in the sauce and handed it to him.  He bit, nodded definite approval, and then darted for his water, followed immediately by more water and milk.  He's a bit of a drama queen, so I dipped my own chip in, got a hefty coating, and ate.

Wow, this is good- holy ****, that's hot!  Despite the worst WalMart ever, it was still a good day.  Maybe we can find targets and such tomorrow.
Posted by J.R.Shirley at 5:00 PM No comments:

I've been back in the US for a month now.  While there are still some things I haven't figured out yet, it's great to be back.  Just a couple of days after I made it back to MD, a local friend had me over for dinner.

A week later, that friend found out he had a rapid form of cancer that was well past any point of fighting.  He lasted about 10 days.  Life is short.

I went to Georgia for a week to see friends.  There was a LOT of driving done, but it was completely worth it.  Here are a few pictures from the trip. 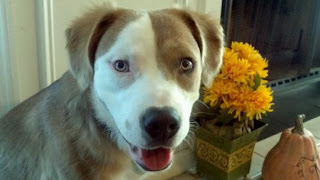 This is Harvey, the most sweetly stupid dog I've ever met.  He doesn't seem to know his own name. 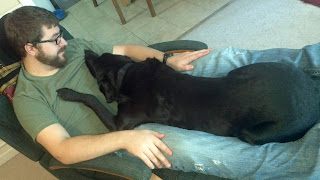 This is my good buddy Davis, with Roger. 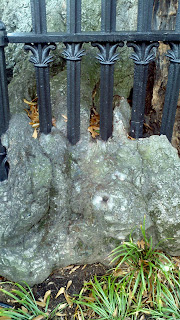 This is a picture of an oak that has grown around an iron fence at the University of Georgia, in Athens.  I just thought it was odd enough to take a picture.

We used our last day in Georgia to take a quick hike up Stone Mountain.  The walk brought back a lot of memories, fortunately, mostly good ones. 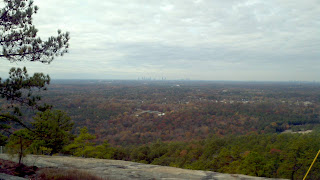 The trip included a visit to Statesboro.  I hadn't been to Statesboro for a while, since before Star died.  It's amazing how much a part of our lives dogs can become, but we are pack.  As independent as some of us would like to believe we are, the truth is that we are social creatures, and our lives are ultimately much more enriched by good friends and family.  I'm lucky to have some of both.