Yet another one I'm only really posting because of Don. Sheesh...

Honest and a defender of the innocent. You sometimes make mistakes in judgment but you are generally good and would protect your crew from harm. 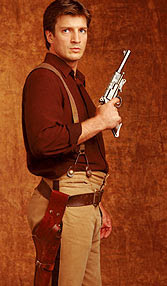 Labels: Don, FireFly, me too 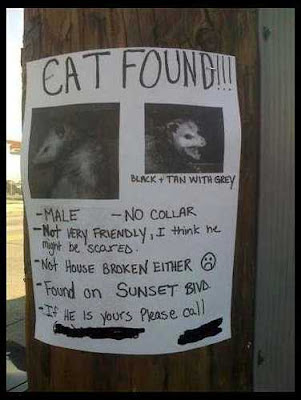 Here is a link to my review of the Razor Sword.

Curt Koehler is back in Wisconsin. Last I talked to them, Byron and Derek were hanging out with our favored merchants of death in Statesboro. Good times.

Today I am testing a belt sword. How cool is that? I also get to see friends Derek and Michelle Zeanah and Byron Quick. I also met Curt Koehler.

This is not of the belt sword, but here's one of my favorite pictures so far (using my baby, the Himalayan Imports WWII 16.5" kukuri).

The Razor Sword conceals completely in a fairly ordinary-looking belt. We'll see tomorrow how it fairs against tougher stuff.
Posted by J.R.Shirley at 12:51 AM 3 comments:

On Calhoun Expressway, I saw a suicidal 'possum on the overpass, looking pensively downward.
Posted by J.R.Shirley at 8:12 PM 1 comment:

Friday I completed a prehiring training/assessment for the security company that I worked for in 2004-2005. This was a computer program that gave a lesson, followed by a series of practice exercises, followed by practice quizzes, and then a final quiz. Two tries were allowed to complete the final quiz, which had to be passed with an 80%. I don't remember exactly what the first section was about. I know the training session talked about main ideas and topics.

I eventually figured out that I could skip to the assessment part, and not waste most of my time. I made 100% on the first section. I also scored 100% on the second section, which was about mathematics. The third section was on observation. The final quiz had the trainee watch several grainy videos of someone working with a copier, and then describe what would happen next in a series, say of 10 double-sided, collated copies, barely darkened. I scored 87% on this.

The final section was about writing. The ending quiz forced the trainee to listen to some sentences on an audio track, and then choose the best of four sentences about the audio selection. Most of the sentences were bad, even the ones that had correct punctuation. I scored a 75%. Twice.

This is especially ironic, considering this will primarily be for close to minimum wage positions, and the job I almost accepted instead of working security in 2004- was as a writing tutor at Augusta State. Go figure.
Posted by J.R.Shirley at 4:19 PM 3 comments:

This was a man

They don't seem to make 'em like Uncle Jake anymore. 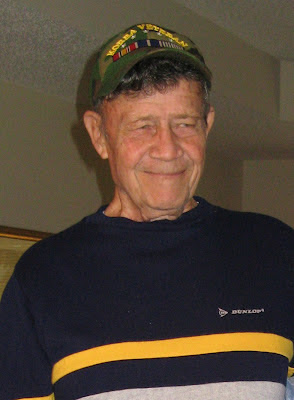 I have created a new blog that will dedicated solely to history (and perhaps education: undecided). It is The History of Us.
Posted by J.R.Shirley at 12:55 PM No comments:

Labels: history, new blog, The History or Us

What Would You Think

if I showed you this picture? Could it- nah, it couldn't be... 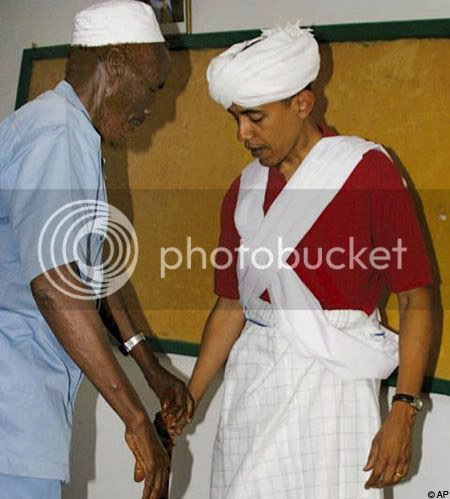 The Hero I Am

(Stolen from Holly, who stole it before me)

Not content with mucking up our tomatoes, God is screwing with the jalapenos. You know, of course- this means war.
Posted by J.R.Shirley at 1:59 AM No comments:

Derek has some incredible wedding shots up. View the slideshow here.
Posted by J.R.Shirley at 4:42 PM No comments:

How to Make John Crazy

but In A Good Way.

This is a picture of me and my second cousin, Matthew. In the midst of the worst of times, family reminds you of the beautiful things in life. 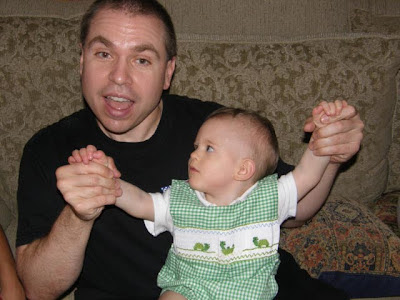 In From the Cold explains in detail why Iran could be visited by the Israeli bomb fairy sometime soon.

Check it out, and then you can get back to carping about gas prices.
Posted by J.R.Shirley at 8:29 PM No comments:

Jason Statham is back in Death Race.

Fortunately, the trailer shows everything important about the movie, and it's free.

This will probably be a mediocre movie, but it will certainly be better than Wanted.
Posted by J.R.Shirley at 3:28 PM No comments: