Y'All Hold My Beer 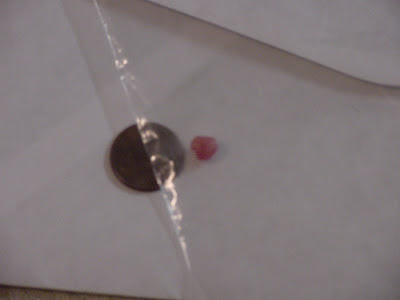 This is a (bad) picture of a cyst Davis cut out of my left heel 40 minutes ago. I had it before I entered Army service, and the Army not only didn't take care of it before I deployed, they released me without taking care of it. I've been so busy I haven't acted on it previously, and my Army med coverage expires in just over two weeks. There's no chance I would've gotten it removed in that time.

It's next to a penny for reference. Davis claims I was very brave. He's being generous. He says he's going to write Kershaw Knives and tell them how useful their blades are for impromptu surgery.
Posted by J.R.Shirley at 8:58 PM

Well, it's part of the statement: "Hey, y'all hold my beer, and watch this!"

Call me strange, but I just lurve self-surgery stories.

Glad the operation was a success.